On our very first day at our engineering college, some fifty of us were asked the question : "Why did you choose the stream Biotechnology?" As I almost leapt up to give an answer, the faculty hastily added "don't say 'sir when I came to counselling, that was the only stream available'". I was disheartened, as he had highlighted my exact position. In the meantime, a short guy stood up and declared with the confidence of a motivational speaker, "sir, I always wanted to be a genetic engineer". It was impossible to not hate and to not like Vaidhyanathan during those days. Hate because he was unwittingly making things tough for the rest of us with his enthusiasm for every single thing, and like because you just had to talk to him to realize that he always meant well, and will go out of the way to help you.  Every time a nervous student was called up to the front of the class to speak on something, Vaidhy would urge him/her ahead with his exaggeratedly encouraging nods. I had to generously draw from his willingness to help to get through the Cell Biology paper in our second semester. With him, you just have to start with something like, "say that again, what is mitosis..", listen to his long-winded explanation, and find a way to stop him when you have enough to write for three pages.

As a writer, Vaidhy explores various topics with a grand vocabulary here. Have a look at his interesting take on V for Vendetta, or his poignant views on Shades of Grey. I gather that he is a more regular writer in Tamil than in English. As soon as I forced him to discover my blog, he diligently went through every post I had written at that point of time and encouraged me to write more. He has been a visitor here on and off since then. I asked him around seven months back to write a post for this blog. Since then, the Freudian Couch has all but gone comatose. Imagine my surprise today when I received a mail with apologies; and an attachment with an extremely crisp and engrossing little write-up! The apologies are unnecessary, Vaidhy. Much thanks for bringing us all here once more. 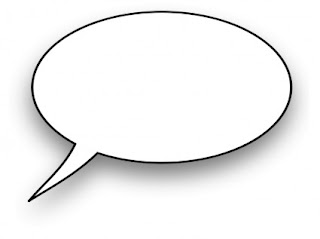 "Ancient humans were incapable of advanced levels of communication, their young brains had simply not evolved enough to realize full potential. This led to the use of numerous intermediary devices and tools that helped humans get in touch with one another and share ideas, even survival plans, most of them considered as inventions and innovations at those times!" Origins 101. Long-nosed Professor was lecturing our class of 30, trying to focus our attention on to the subject by merely moving his big eyes in their even bigger sockets. I have always admired his ability to get us in line without ever having to communicate harsh words or rude thoughts. The glare seemed to land more than occasionally on the bunch of newbies sitting in the last row. "God damn Transfer Students", sighed my neighbour, obviously thrilled at the thought of facing those hunks with his barely-boned frame at Football try-outs. "It was not easy," the Professor went on, "the devices seemed to do more harm than good. To begin with they created a rift amongst the elders and fledglings born into the transitional era, of the races across all primitive tribes, divided by mostly invisible and at times hostile borders. The Elders often complained of a loss of the ability to natively communicate as prominent side effects of the devices. At one point even strange diseases started to plague the humans, the kind they were poorly equipped to understand or deal with at that primitive era." I found myself trying hard to know what the cute girls in row 2 are so eagerly conversing about, half-hoping it would be about me, just as the Professor's glance swept past, lingering for a prolonged second. "You shall read more about that under the section Cancers, in fact, why don't you read it out loud?" I hurriedly looked up the section and smacked my lips involuntarily before reading the synopsis, "A condition that manifested with subtle variations targeting different parts of the body, Cancer was one of the prime reasons for resetting the ecological balance by thinning out human population to controlled levels. It originated as a side effect to primitive communication tools, an inability of the human evolution rate to keep up with the technological advances required to deal with abundance of electro-magnetic waves and EM fields, the precursor of brain waves that are the lines of post-nuclear era communication, fondly known as telepathy. The condition or the disorder as primitive humans called it, was last seen in an age where humans had to open their mouths to produce sound waves, an activity referred to as 'TALKING'." Before I could go on, I was interrupted by a brief 'BLIP'!