A minor setback kept me away for a little from the blog. Now that I am a wee-bit more confident that things outside the blog can be set right, I am back to doing what I like doing the most - forcing you all to momentarily pause your furiously paced life, and make you think about things that would never ever prove useful to anyone. Here is a guest post that has been laying dormant with me for a long, long time, waiting to be introduced by me.

Balaganesh was my bench-mate in my first day of college. "Hi, I am Balaganesh. My friends call me Bala". For some indecipherable reason, I pointedly addressed him as Ganesh for a few days until I realized that he wouldn't respond to anything other than Bala. He did eventually become one of my better friends. Bala is known for his sense of humour. We all need someone who is willing to play themselves down for the entertainment of others. Bala is one such person. Lots and lots of people feel good about themselves by teasing him, and he lets them -- most of the time. To be fair to them, Bala can be irritating, especially when his attempted jokes are terrible. But sometimes (the success rate is quite low) they come off, with hilarious effect. When asked to submit an assignment in Genetics, the whole class wanted to submit print-outs. Our lecturer was adamant, and wanted it to be hand-written. "OK, no print-outs. At least Xerox, madam?", he quipped.

Underneath all this, Bala is quite a serious person. A lot of things make him angry. But most of all, that his very good knowledge in politics and current affairs go ignored makes him furious at most people. And Bala reads a lot too. As far as I know, he started reading English novels quite late (but he has been reading in Tamil for long), but devours them hungrily to keep up. Around the time I started to blog, he too started his own blog, and we had an unspoken competition between us. He would write random snippets and send them to me, and as he kept writing, he kept improving. Ignoring some punctuation, there are some enviably well-written snippets, but they are so random that nothing can be made out of them. My favorite piece of writing by him is The King and the Truth, a fine piece of historical fiction. A more suitable example of the randomness in his writing is this. I expected such a post from Bala, but he decided to write a movie review. And on that note, I finally managed to catch up with Interstellar yesterday. The science is beyond me, but I connected with the movie emotionally on so many levels and I loved it for that.

Interstellar and my 120 Bucks

What is a science fiction?

The limits of the possible can only be defined by going beyond them into the impossible. 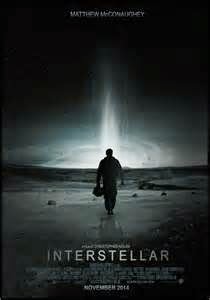 To evolve base science, futuristic novel ideas in to next level, pushing the boundaries of logic all the while keeping foot on the ground.

In short, Imagination with or with in the grasp of logic is science fiction.

What is wrong with the movie?

Nothing is wrong with the movie.

And I have nothing against Nolan; In fact I am a die-hard fan of the Dark Knight series and Prestige, I haven’t watched Inception though, but have heard the same annoying clichés from friends, “Wow whatta movie, I had to watch it 5 times to understand, how can a person think like this” etc.., and I decided against watching it.

So, when people who hardly watch or read science fiction speak about ground breaking ideas, new physics Nolan has come up with the movie (Yeah Righttt…); I am like “had physics always been so primitive before Nolan started making movies”, because Space-time continuum, Gravitational Singularities and probable worm holes are the grounds on which any DC or Marvel comic and real ground breaking movies such as the highly acclaimed and unknown to today’s Nolanites such as Akira, 2001:A Space Odyssey, The Solaris or even  The Hitchhiker’s guide to the galaxy (People perceive it only as comedy which itself a tragedy) are built upon, so it’s not new level of thinking for many of my friends and me, and I’m naturally and quite rightly annoyed.

The movie itself is a delight with the delicate emotional quotient shouldered by Matthew Mcconaughey, Mackenzie Foy (Little Murph), and Jessica Chastain (Murph grown up), excellent if not grand music by Hans Zimmer (The constant hum of Grandeur), thankfully not in latex-Anne Hathaway (Highly Distracting in latex and leather :P:P :) ), Michael Caine who wasn’t used as much as he should have been and last but not the least the TARS and CASE robots weren’t a humanoid but had humor which was kind of cool and awesome, lazed with great lines, Kudos to that. But they too are replicas with improvements from a lot other Sci-Fi’s (I’ll give Nolan the benefit of doubt for not saturating the idea)

Now anyone can see the potential of this cast, I’d say their presence in itself guarantees Oscar nominations, so when someone says great acting and music, no surprises there.

Note: I refrain from commenting on specific sentiment scenes as I’m prone to giving up the main plot, not that it has many twists, but below this I may not be extending the same courtesy for science will always be science. And if you have not seen the movie by now I assume you ain’t so keen a Nolanite.

“What had happened is also yet to happen, what will happen in the future though; had already happened”
*And also happening right now*

The amazing and widely acclaimed visual effect/treat of the Black hole in fact has over-shadowed the most incredible notion and complexity of the movie. The simultaneity of time, if you watch it closely you will know it never was about time travel but about events occurring simultaneously, it was refreshing to see that Nolan didn’t point it out as in many other Sci-fis but trusted the audience to figure it. Matthew who has travelled in to the space is already present in his daughter’s bedroom but also in the future (Namesake) which also is the past (Namesake).
Awesomeness of science has been barred by the stunning illustration and effects of the Black hole 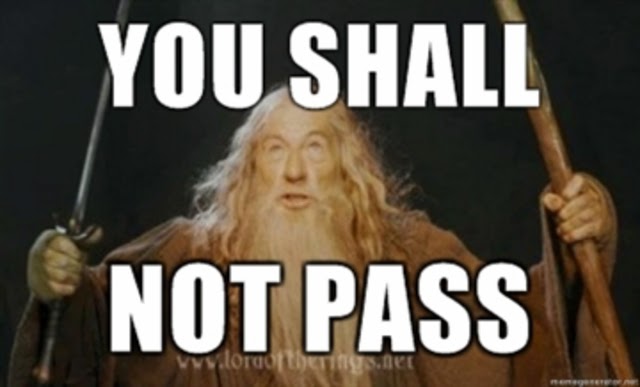 The place where he ends up is with time as a physical dimension, one can simply take a stroll and end up in his past or into the future, though grandfather paradox would prevent any physical interaction that might impact the events happened/happening. Nolan bypasses it conveniently with Gravity. But all these wonders of physics have been sidelined by the glory of the black hole.
Yet, if I were allowed to be brutally honest for a minute I’d say “it is an overrated Sci-fi, every idea in this movie has been already experimented upon, in better and flawless movies”.

We all want our heroes to win, we want all the movies we watch to have happy endings, so naturally laws of physics and logic is betrayed in the script (hardly the qualities you will want in a genuine Sci-Fi), no one (Including Nolan and Kipp) can explain how the three planets are compatible to life in any sense without a nourishing star near but with a black hole (you don’t need a masters to spot this) and the exaggerated effects of relativity like slowing down of time ratios, yes this is intriguing to common minds but to create a perfect sci-fi we’d have expected better explanations than gravity, especially with Kipp thorne by his sides.

The only new idea however preposterous, (I will reserve my comments on that) is the suggestion that Love might be a great power which we haven’t really have tried to explore on, by which Nolan is suggesting how Captain cooper ends up being able to help his daughter (It took me great effort to not reveal this scene, though I doubted the possibility when the movie decided to tread upon space-time distortions)

And what finally broke my resolve to not be annoyed or write a review on this movie is when Mathew Mcconaughey ejects (The computer actually screams “EJECT”,  LOL….) and survives from a spaceship being torn apart in to shreds by the gravity of the black hole inside the blackhole, seriously what the hell is that. Oooops spoiler :P:P

It’s a great movie, but overrated and with a lot of facts gone wrong (Quite common when imagination is mixed with science, so it’s fine and forgivable in many places) and with fans who worship Nolan and talk non-stop in theatres and clap for not so great scenes while missing the real good ones (Unforgivable), is annoying to real Sci-fi readers and watchers.

PS: Black holes are being depicted as friendly and life -nourishing in the movie which is the best(or worse) humor I stumbled upon in the last couple of years :P:P (LMAO)

Courtesy: Title from RJ Balaji’s take it easy with Balaji and Arthur C Clarke for the quote.
at December 10, 2014