Stop, shrug, and fly, you fools!

Certain things that I came across in the past few days led me into deep contemplation of a sort I was unable express properly. And then, I discovered a video that clarifies a lot of what I had been wondering about, and expresses my worries better than I could ever do. First, let me try to trace the triggers that made me consider things I may not be doing anything about anytime soon. I discovered a totally worthy way of spending time when I came across a Podcast channel called OpenSource. It is hosted by one Christopher Lydon, who seems like a great guy. He is knowledgeable, polite, and capable of firmly stopping his guests if they begin to rant. His guests have excellent credentials, and he seems to know his guests well. In fact, he the sort of person I wouldn't mind seeing as an expert guest himself.

The first podcast I listened to is titled "Is Capitalism Working?", the short answer being "No". Just look around you; you must be deluded not to notice. If you are born poor, you don't have many chances of making it big. There are odds, but the odds are low. People with money invest in a corporate, and the corporate runs solely to satisfy these investors. Customers, employees and society come far behind, often in that order. People with money make more money.  This Podcast touches upon issues such as loss of job through outsourcing, government policies that favour the rich and so on. But as a dignified debate, it ends in a subdued manner with a hope that things would become better. Sometimes, what else can one do other than hope? We slog hours and hours for other people to make money, as long as they let us make some of it too. To stop and to consider our situation itself demands sacrifices we are not willing to make. I am of course typing this from an expensive gadget. Did you hear about the newest version of it they have released? It seems damn expensive, but I want to buy it. So that I can listen to more such podcasts in better quality. 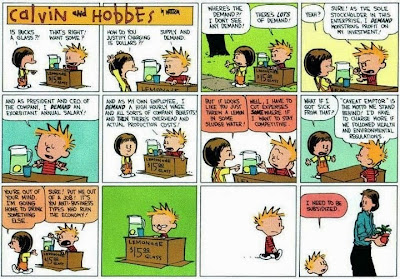 The other podcast I listened to is titled "End of Work". Random Fact mentioned in the show: If Eastman Kodak company shuts down, which is a real possibility, thousands of jobs will be eliminated. Instagram, a somewhat modern version of the Kodak company, employs thirteen people. The End of Work podcast discusses the possibility that we are at the most defining moment of human kind since the Industrial Revolution; Industrial revolution was about machines replacing muscles, the digital revolution is about machines replacing brains. One of the guests is a top researcher from Google who speaks optimistically that by 2030, we would have artificial intelligence (he thinks the term is a misnomer), and men will be allowed to pursue more artistic and "gratifying" jobs. He points out rightly that such fears of people losing jobs accompanied the Industrial Revolution too, but things turned out really well for humanity. He reminds us of the thousands of people who contribute immensely to the wealth of the internet all while sitting at home. Chris Lyndon casually mentions that most of these people don't earn money, to which the Google scientist replies that things such as education won't cost as much as it did, and internet and modern innovations like 3D printers will reduce the importance of money. He shrugs off questions on whether we can carry with us the whole of humanity in this revolution, and seems happy enough that we will have gratifying things to do instead of monotonous labour. We can safely assume that a lot of these gratifying jobs involve talking to machines : in other words, programming. No wonder an employee of Google finds it gratifying -- to be honest, I find it that way too, at least as long as I am doing it well. But what about you? I have extremely intelligent friends who don't think much of programming. What about the rest of humanity? Can we dare to assume that they will all enjoy such a World? Will they be able to adapt, or will they be left behind?

I was talking to this person from Bihar a couple of weeks back. We had to get across using my broken Hindi and his barely survivable English. Over the last year, I have discovered that language is not as important to communication as I thought. This person, much older than me, is a technician. There are a lot of them around the World, but I had not been aware of their existence in my closed IT circles. Technicians of this particular brand are not highly educated, but they are specialized in certain day-to-day industrial operations that involve a lot of manual work. Some of them, not very inaccurately, believe that they are critical to the operation of a whole industrial plant. If at all they get jobs back home though, it will pay them paltry sums. They come abroad to richer countries in search of jobs. When they get them, they hold on to them, braving difficult physical conditions and minor to outright exploitation. They visit their homes for about a month every year. There are people who have been a long, long time. Someone staying here for, say, 12 years, has spent one year of that time with his dear ones. Money is important.  This guy mentioned that his father had been in the army, and that he had once been a student of a Kendriya Vidyalaya. Kendriya Vidyalayas are a chain of Government schools created predominantly for wards of Central Government servants who have transferable jobs. They are extremely, unimaginably inexpensive. They usually don't have entrance examinations, they don't filter out "poor performers" with as much vehemence as expensive private schools, and they generally take it easy. Yet, they are remarkably effective. I told this guy I am from a KV too, and encouraged him to speak more. He hesitated visibly, and shiftily changed the topic. A few minutes later he added that he had been in a KV till his 7th class, when he had to go back to his village. "Financial problems", he said. As if that explains everything. It does, and it doesn't.

It doesn't because I have never known it. I hope I won't get to know it too well too. I hope that because I am pathetic. Despite recognizing that the World is an unjust place where money plays a vital role, I still remain a part of the very system that is corrupt and skewed against people who are just unlucky. There are people more pathetic than me though, who are not even willing to concede that the World is unfair. I look at them and sometimes wish I can be as deluded. A couple of months back I saw this video of cocoa farmers tasting chocolates for the very first time in their lives (watch video below). People who produce the source for chocolates do not even know what becomes of their efforts. I would learn later that this is one type alienation predicted by Karl Marx for capitalist societies. Will these people be able to taste chocolates once again in their lifetime? What about other symbols of human progress then; televisions, air-conditioners, computers, internet, smart phones, Google glass, the iOS experience? When will they experience such things the rest of us have come to take as granted? Capitalism is not working. Technology is not trickling down to everyone. Too many scientists are spending too much money on things we don't need, leaving too many marketers to try and make us want them. Charitable institutions such as Google and Facebook are trying to correct this by taking internet to all of humanity. The hungry can then stare at Instagram photos of food to quench their hunger.

On the other hand, meet Bryan Stevenson. I chanced upon this video by an accident (watch video below). With shocking statistics on how the American justice system systematically works against certain races and the poor classes, he explains why technological progress is next to nothing if we are leaving humanity behind. Congrats Bryan! You are an inspiration. You seem to do something about issues most of us ignore and the rest of us only talk about. Take a bow! I clapped for you. I spent some time of my life to contemplate yours. Heck, I even wrote a blog post on you. But, I need to move on now.


On that note dear readers, can somebody please suggest ways to monetize this blog, preferably without intrusive ads? You see, I am facing this unique problem of wanting more money that I need.