The end of the year is always a good time to keep your blog going. You can always look back with fondness at moments that looked, and probably are, insignificant when they happened. Newspapers, websites, and uninteresting blogs use the immense marketing potential when a year ends, and review the mundane aspects of the year. I would like to claim, as I often tend to do, falsely, to be someone who does not jump a band-wagon. But when it comes to choosing between reason and keeping your blog alive, the latter usually triumphs. Last year, I wrote a similar post about the Tamil movies I liked the most. Regular readers of my blog (a species that is endangered, and soon to be extinct) have anxiously and eagerly emailed me asking for a similar post this year. I will diligently try to watch many movies I missed during the course of the year next week and attempt to write a similar post, but there are no guarantees.

Until then, I would try to list out and briefly review the books I read this year. As my regular readers (refer above) would know what I mean by "brief",  I will not restrict this list to a single blog-post and extend it into a two part series. So, here goes

1) Freedom at Midnight (By Larry Collins and Dominique Lapierre)

As described in a previous blog post, I have always had an aversion to Hindi. Since I had to learn most of my social sciences in Hindi, the aversion translated to History and Geography too. I also read non-fiction very rarely. My reluctance to read a historical non-fiction was thus understandable. Having no other book to read,  I attempted to read Freedom at Midnight for the third time this February, and am glad that I did. Freedom at Midnight describes the Indian struggle for independence starting roughly a year before, and ending roughly a year after the day of independence itself. The thoroughly researched book is filled with numerous sub-stories. Despite being a historical novel, the narrative style is so good that the book, for most parts, is a page turner. On the flip side, the authors idolise Lord Mountbatten and Mahatma Gandhi. One also doubts the accuracy of sensibilities captured by people who played no part in, and were in no way affected by, the freedom struggle itself. But the writing style makes it thoroughly readable, and it inspires us to try and learn more about our own history.
Verdict : I would thoroughly recommend this book to most people. Go read!!

2) The Final Reckoning (by Sam Bourne)

Glancing at the name of this book in my "Books Read" list, I had to wait for a full minute before I could remember what it was about. I am not sure if that reflects on the book itself, or my (well-established) poor memory. The novel is based on the second World War and a few hidden revelations of the holocaust. The writing is fantastic at times, but ordinary at others. It is a good read, if you are not put off by this inconsistency in writing style. Here is a link to the Goodreads review I wrote for this book.
Verdict : Just a regular international conspiracy story. If you are looking for a fast-paced, relatively lighter read, this one is for you.

3) The Namesake (by Jhumpa Lahiri)

The title character in The Namesake is Gogol Ganguli. Born in the United States to a traditional Indian family settled there, and named after his father's favorite author (Nikolai Gogol), Gogol hates his Indian ancestry and his name. The novel depicts the identity crisis of Indians settled abroad, trying to adapt to a new culture while keeping their own culture alive. The story begins with the Bengali  parents, Ashok and Ashima. The characters of both the parents are wonderfully etched out, and their experiences are delightfully described. Ashok is well-educated and well-read, and adapts quickly to the foreign place. Ashima is more conservative,  and takes a lot of time to cope up with being separated from her family and friends. But when the need arises, she shows her independence and self-sufficience. It is in the characterization of Gogol himself that I personally felt let down. The plot falters while dealing with Gogol, and I didn't have much admiration left for him after completing the novel.
Verdict : A could-have-been brilliant novel ends up being ordinary. Read it to draw your own opinions though, and let me know if you feel differently.

Let me declare at the outset that I haven't read this author's more famous "The White Tiger". I was lucky to get my hands on The Last Man on Tower, and was bowled over by Arvind Adiga's narrative prowess. The Last Man on Tower is set in Bombay, and is centered around a long-standing apartment complex named Visharam Society. Real estate developer Dharmen Shah provides the apartment owners with a very generous offer to relocate their houses, so that Visharam Society can be razed to make way for a high rise luxury building. The money convinces everyone to agree to the offer, except a retired school teacher fondly known as "Masterji". Can Masterji, waging a lonely battle, stand up against the powerful Dharmen Shah? 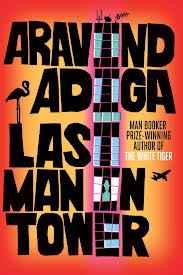 The Last Man in Tower is a classic tale of good vs evil, the power of money to corrupt vs the virtue of sticking to one's principles, with subtle but important twists. Dharmen Shah, a rags-to-riches man, will stop at nothing to fulfill his life long ambition. But Shah prefers to cunningly bring out the evil in other people than soil his hands. Masterji, on the other hand, is not a perfect embodiment of good. He is stubborn, proud and has numerous faults of his own, making him doubt his virtues. Caught in crossfire between these two men are a motley of interesting and wonderfully developed characters. The novel takes the form of a social commentary rather than passing moral judgements. With a detached air, Arvind Adiga just describes the society as it is, without taking sides. I am yet to read another book by Adiga, but I am already his fan.
Verdict : A must read.


5) Of Human Bondage (by Somerset Maugham)

Each of us is a philosopher, and we all come up with a brand of philosophy that fits in closest with our own lives.  Of Human Bondage, a novel very close to my heart, is about the quest of a Dickensian boy - Phillip Carrey - to frame his own philosophical world view. Born with a mild disability and orphaned early, Phillip   grows up with his religious and narrow-minded uncle, and his unremarkable aunt.  As he grows into a young adult, he initially aims to be an artist. A little stint at Paris tells him that he is just a mediocre painter, and his chances of becoming a successful artist are dim. He bravely relies on reason over passion, and shifts his profession mid-way. Meanwhile, he gets fiercely attracted to Mildred, a woman who ignores him, insults him, and uses him. Despite all this, he overrules his reason and pursues his passion for Mildred. 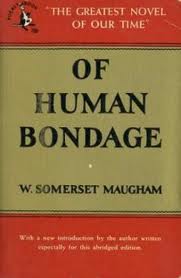 Maugham ends the almost autobiographical story with Phillip realizing the pointlessness of the whole World. Life, he realizes is largely filled with pain, but one must enjoy the occasional flashes of happiness. Fittingly  the novel has a "he lived unremarkably ever after" ending instead of a "he lived happily ever after" ending. The books touches upon quite a lot of questions I have wondered about, like the purposelessness of life, the pointlessness of love, the uselessness of reasoning against love, pursuit of passion and so on. There are also quite a few incidents in the book that I was able to relate to, like the protagonist's loss in faith, and the overpowering loneliness he faces at times.
Verdict : A personal favorite. This one is a classic that you need not agree with, but you definitely need to read.

Strictly a collector's edition for Rahul David's fans. This book is a collection of articles (mostly available online) written about Rahul Dravid.


Verdict : Only for Dravid fans

I have grown up hearing a lot about Stephen King's horror novels. I tried reading one of his novels five years back, but was unable to finish it. As a result, I had no expectation towards my second  attempt at being acquainted with his writing. Frankly, Pet Sematary spooked me (as it is intended to). Louis Creed, a physician, moves to a new house in a small town along with his wife, daughter and son. Settling down for an idyllic life, they find some chilling secrets held in the woods behind their house.

Stephen King writes with a calculated detachment. The description of events become silly at times, but this silliness adds to the impact. Once the plot is set into motion, there is no respite from the tragedy the Creed family experience. Just like Lois Creed gets repeatedly attracted to the mystery in the woods despite his better judgement, I was unable to stop reading this book. By taking a seemingly silly storyline and making a full-blown horror tale, King shows us why he is considered as a master of this genre.
Verdict : If you are a fan of horror genre, don't miss this.

A standard Forsyth fare of international intrigue. Forsyth doesn't loose his trademark detailing prowess. Marketed as Forsyth's most unforgettable hero, Quinn - the negotiator, is introduced pretty late into the story, and the plot is gripping for a while. But halfway through, the story looses its tension. Reading his description of how USA and UK respond to a crisis, I wonder if such detailed crisis emergency response plans are made in India. But apart from the detailing, the book is relatively uninteresting. I can't remeber any other Forsyth book where a single central character is given so much importance, and probably this deviation from his usual style turned me off.
Verdict :  Not upto Forsyth's usual class